Introduction: Unilateral pulmonary edema can mimic as pneumonia and is often misdiagnosed.

Case description: We describe a case of cardiogenic unilateral lobar pulmonary edema in a HIV infected and diabetic patient without known history of cardiac disease.

Conclusion: Rarely, unilateral pulmonary edema can present as a lobar consolidation and be confused with pneumonia. High index of suspicion and response to treatment of heart failure can clinch the diagnosis.

Lack of awareness of this entity can lead to mistaken diagnosis and delay in definitive treatment. We present an unusual case of cardiogenic lobar pulmonary edema involving right lower lobe.

A 52-year-old male presented with exertional dyspnea with orthopnea and swelling of feet of one month and fever of 4 days duration. There was no history of chest pain, palpitations, syncope or hemoptysis. He was treated with diuretics and antibiotics over next 5 days in primary care. He presented after 15 days with recurrence of breathlessness and orthopnea. He had past history of type 2 diabetes mellitus (DM) on insulin therapy with poor compliance for 15 years and HIV infection since 20 years not on anti-retroviral treatment with CD4 count of 418 cells/cu mm. On examination, he was afebrile with sinus tachycardia (pulse 108/minute), BP 118/88 mm Hg and tachypnea (RR 28/minute). Arterial saturation by pulse oximetry (SPO2) was 93% on room air. JVP was raised and he had pitting pedal edema. Fundus examination revealed moderate non proliferative diabetic retinopathy.

Patient was started on treatment with diuretics and multiple SC insulin injection for glycemic control. Patient responded to therapy and the opacity on chest X-ray cleared in 48 hours.

In view of his lobar pulmonary edema, which rapidly cleared with diuretics, a diagnosis congestive heart failure with moderate mitral regurgitation was made. On follow up, he had marked improvement in his symptoms and effort tolerance with improved LV ejection fraction.

Pulmonary edema is a pathological condition in which extravascular fluid accumulates in the lungs. Characteristically intra-alveolar pulmonary edema appears as homogeneous, symmetrical density involving the central fields of both lung, giving rise to “batwing” shadow.7

Unilateral pulmonary edema (UPE) can be associated with left heart failure.8 It is usually seen in the right lung and this is thought to be due to the difference in lymphatic drainage patterns of the two lungs. Lymph from the right lung drains into the right broncho-mediastinal trunk which forms the right lymphatic trunk, whereas lymph from the left lung drains into the thoracic duct. Therefore fluids from the left lung drain easily through the larger thoracic duct whereas excess fluid can easily exceed the capacity of the broncho-mediastinal trunk leading to higher chance of right sided pulmonary edema. In a recent study by Attias et al studied 869 individuals with cardiogenic pulmonary edema and found 2.1% having unilateral pulmonary edema. UPE was right-sided in 89% of cases, and left-sided UPE was infrequent9 and represented only 0.2% of all cardiogenic pulmonary edema. Schnyder and coworkers reported a 9% prevalence of predominantly right upper lobe pulmonary edema in cases of severe mitral valve regurgitation.10 Most of the cases in above study had severe MR and predominantly right-sided UPE.

Patients having mitral regurgitation may present with UPE. Consideration should be given to cardiogenic causes of unilateral infiltrates on chest X-ray, particularly when the patient’s clinical condition is worsening despite what is considered aggressive appropriate treatment for pneumonia. 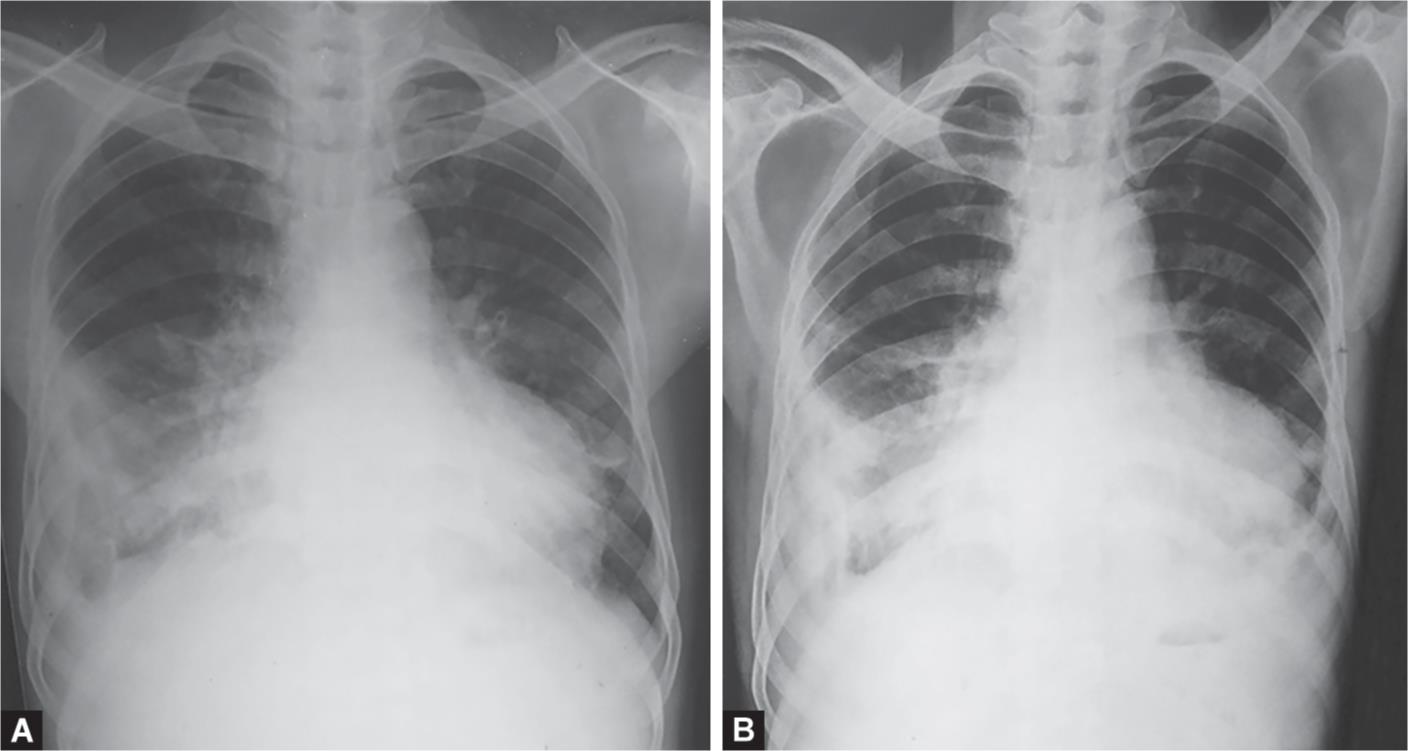 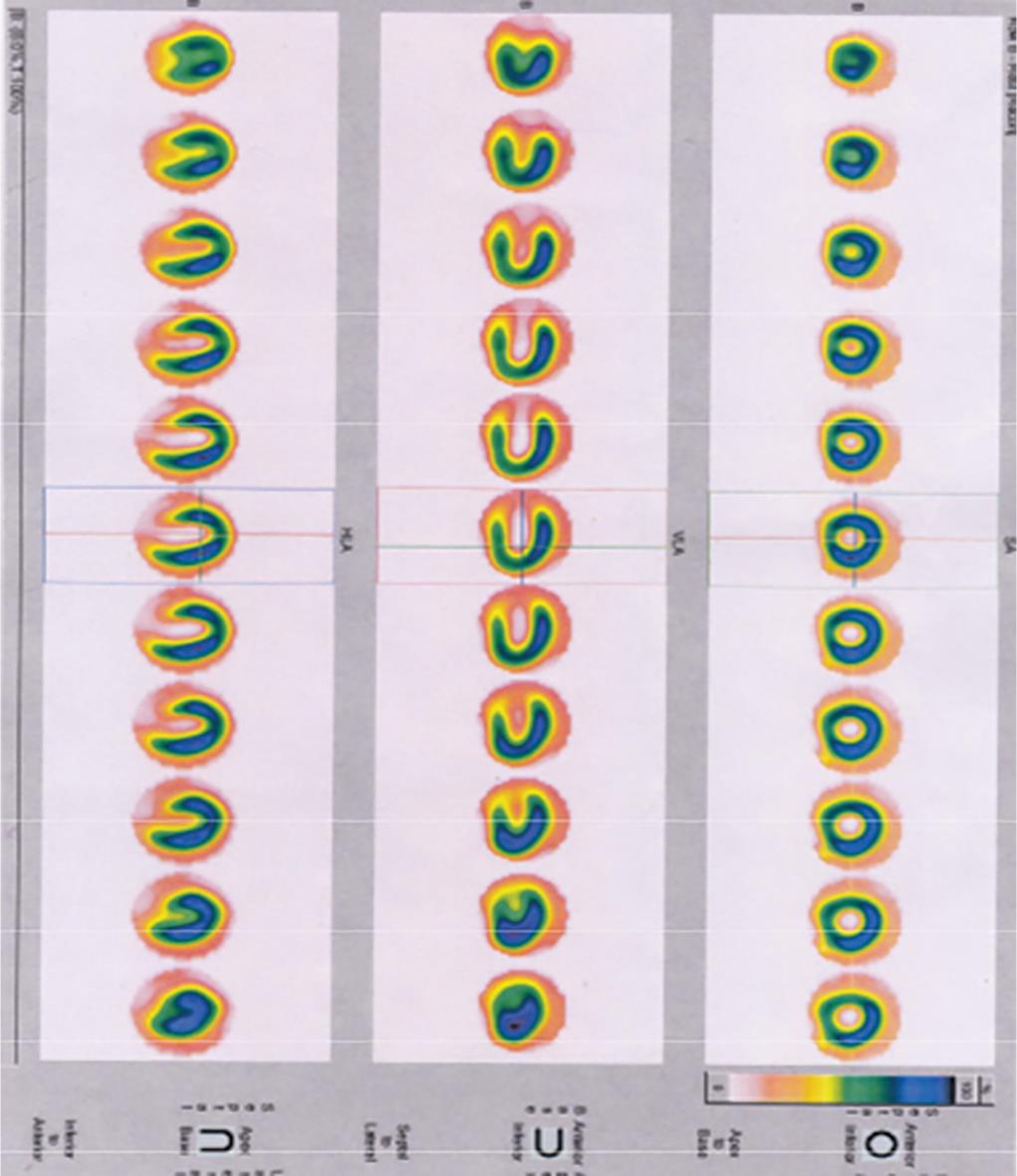