A 58-year-old male, a known case of ESKD, presented to the dialysis center for his routine hemodialysis. The patient had undergone creation of arteriovenous fistula recently and was dependent on temporary non-cuffed double-lumen catheter for vascular access. The patient had undergone multiple cannulations of the RIJV and subclavian vein in the past, and a history of infection of the catheter placed in the right subclavian vein had also been documented. Nevertheless, the patient was planned for a double-lumen right jugular vein hemodialysis catheter insertion in the intensive care unit for the dialysis. With aseptic precautions, under real-time USG, a 12-F double-lumen hemodialysis catheter was inserted using the modified Seldinger technique. Prior to dilatation of the tract, the guide wire placement inside RIJV was confirmed with USG by the appearance of a bright dot inside the RIJV. Slight difficulty was encountered in passing the guide wire at 10 cm, but it was further advanced by gentle manipulation. No arrhythmias were noticed on insertion of the guide wire, but USG showed the guide wire tip inside the lumen of internal jugular vein. The tract was dilated, and the dialysis catheter was introduced uneventfully. However, when a postprocedure chest X-ray was taken to confirm the position of the catheter, it was found that the catheter tip had migrated into the right subclavian vein (Fig. 1).

A misplaced CVC refers to a catheter whose tip does not lie in the “ideal” position. The catheter misplacement may occur either due to faulty procedure/positioning during insertion or due to congenital or acquired anatomical anomalies.3 The index patient had multiple cannulations of the right jugular and subclavian vein in the past, as well as a history of infection of the catheter placed in the right subclavian vein. The misplacement in the present case reported may be due to misplacement of the guide wire into the right subclavian vein due to stenosis of the superior vena cava. Even though entry of the catheter into a planned vein can be ensured using USG transducer stabilization device, its subsequent passage cannot be controlled.4 To conclude, real-time USG increases the success rate of CVC placements, but postprocedure radiography is of paramount importance to confirm ideal catheter positioning prior to staring hemodialysis, especially in patients with past history of multiple accesses in the same vein. 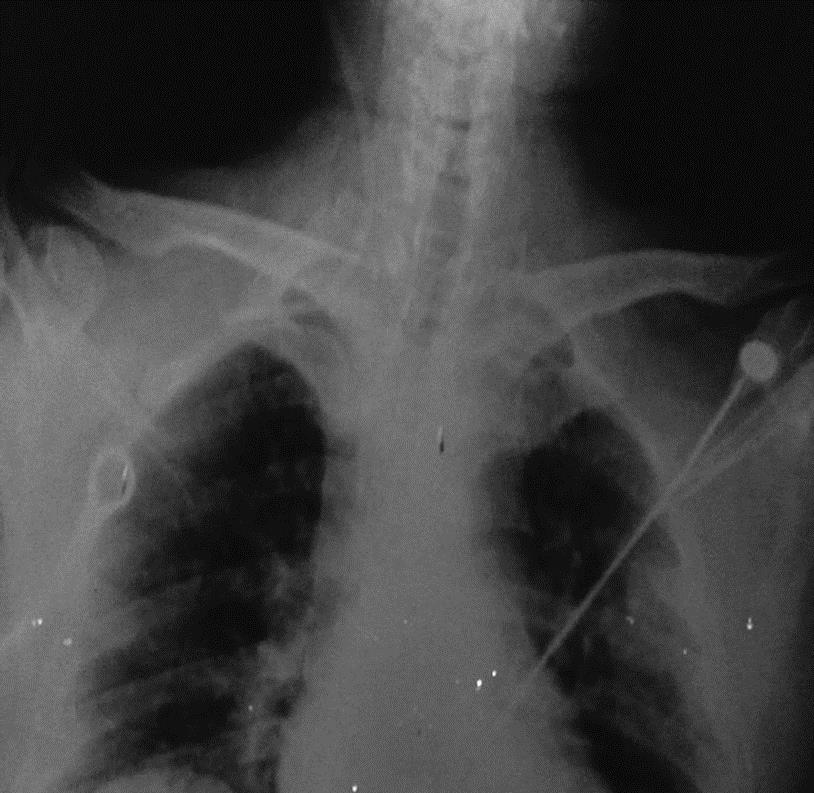