Endoscopic vs Microscopic Myringoplasty: A Comparative Study of 100 Cases

Chronic suppurative otitis media (CSOM) is a common ear disease that is defined as a permanent abnormality of the pars tensa or pars flaccida that usually results from an earlier episode of acute necrotizing otitis media, negative middle ear pressure, or secretory otitis media. 1 The treatment of choice for the closure of the perforation 2 is a surgical intervention in the form of tympanoplasty. Myringoplasty is performed when there is a tympanic membrane (TM) perforation without any ossicular damage. A high rate of closure is possible if the surgery is performed efficiently as evidenced by the relevant medical literature. Our study thus aims to compare endoscopic myringoplasty with microscopic myringoplasty surgery based on uptake of graft, hearing improvement in terms of pure tone audiograms performed preoperatively and postoperatively, complications in the postoperative period, and subjective cosmetic results.

Also, there is a great paucity of prospective studies with control with a large sample size comparing multiple variables on this subject in the medical literature.

The subjects for this study were involved in the inpatient cases of CSOM (mucosal disease) from the Department of Otorhinolaryngology, Dr Baba Saheb Ambedkar Medical College and Hospital. Ethical clearance from the institutional ethical committee was obtained before the initiation of the study. Written informed consent was taken from all the patients included in our study. A total of 100 patients with mucosal CSOM having a central perforation of the TM were selected and were randomly divided into two equal groups of 50 patients each. All the patients were subjected to myringoplasty under local anesthesia by the same team of surgeons. In the first group (group I), endoscopic myringoplasty was done and in the second group (group II) microscopic myringoplasty was done.

On the other hand, the exclusion criteria included:

All the patients who were diagnosed with chronic otitis media, mucosal type were subjected to a thorough history and clinical examination, otoscopy, and hearing assessment by pure tone audiometry.

All patients were given premedication with intramuscular injections of 30 mg Fortwin, 10 mg Phenergan followed by local anesthesia using 2% lignocaine with 1 in 200,000 adrenaline injections. Autologous temporalis fascia graft was used and underlay grafting as done in all the patients.

We used an 18 cm long, 4 mm wide zero degrees Hopkin’s rod endoscope for the procedure. A supraaural incision in the hairline just above the helix was used in all patients to harvest the temporalis fascia graft. After introducing the endoscope through the EAC, the edges of the perforation were freshened. A circular incision was made about 5 mm lateral to the annulus extending between 12-o’clock and 6-o’clock position. The tympanomeatal flap was raised and the annulus was elevated followed by denuding the handle of the malleus. Underlay technique was used to place the temporalis fascia graft and the tympanomeatal flap was reposited. The graft and the flap were stabilized by putting gel foam. The wound was sutured with 3-0 silk.

Wilde’s incision was given in the postaural region after infiltrating local anesthetic, following which meatotomy was done to expose the external auditory canal. The pinna was retracted anteriorly using a Mollison’s retractor and the margins of the perforation were freshened. The tympanomeatal flap was elevated and the malleus handle was skeletonized. The temporalis fascia graft was placed underlay. The tympanomeatal flap was reposited over the temporalis fascia. Gel foam was used to stabilize the graft and the flap. Postaural wound was sutured in layers.

All the patients were discharged on the second day following surgery and were advised oral antibiotics and analgesics for 7 days.

All the patients were followed up after the surgery on the 7th and 14th days. Sutures were removed after 1 week.

They were subjected to PTA between 12 weeks and 24 weeks to assess the hearing outcome, i.e., the improvement of hearing objectively.

An intact and mobile TM with hearing improvement as evidenced by the closure of the air-bone gap ≤10 dB at 3 months postoperatively was considered a successful outcome, whereas the presence of a defect in TM or air-bone gap >10 dB or both at 3 months was considered to be a failure. Persistence of any postoperative pain and assessment of scar were done at week 1, week 3, and 3 months. The cosmetic outcome was calibrated as poor (visible scar) or satisfactory (no or minimally visible scar) at the end of 3 months.

Our study sample included a total of 100 patients of CSOM-mucosal disease that were divided into two equal groups randomly.

Group I comprised of patients who underwent endoscopic myringoplasty, consisted of 27 male and 23 female patients and

This value, being >0.05 is statistically not significant.

In our study, the hearing outcome was analyzed in all patients using postoperative pure tone audiometry. An improvement of 10 dB or more in AB Gap in two consecutive frequencies, assessed by a repeat audiogram (PTA) done at the end of 3 months when compared with the preoperative air conduction threshold, was taken as an improvement in hearing.

Similarly, in group II, although all 45 patients with surgical success claimed better hearing after surgery, only 36 patients had a 10 dB improvement in two consecutive frequencies (Fig. 2).

This value is not statistically significant (p > 0.05).

Hence, we conclude that both groups had comparable audiological success rates. 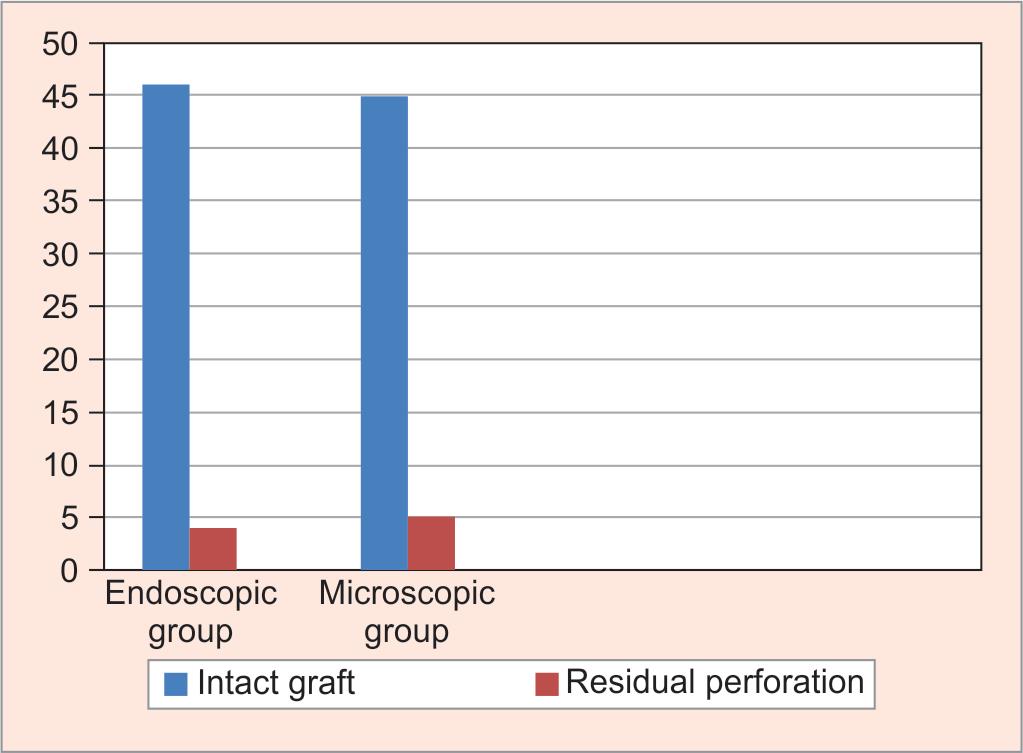 Fig. 1: Comparison of graft uptake within the two groups 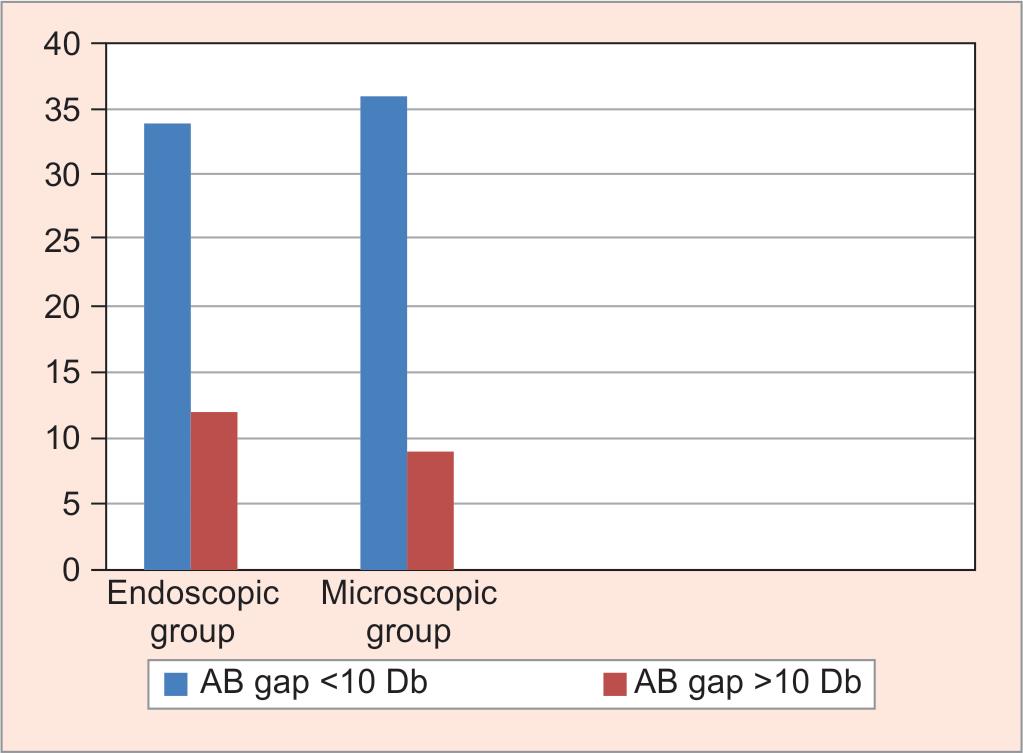 Fig. 2: Comparison of hearing outcomes in patients with graft uptake within the two groups

The incidence of postoperative complications was quantitatively analyzed in terms of wound problems, postoperative pain, and wet ear.

In this study, five patients had wound problems from group II, which had wound gaping in postaural scar out of which three healed by secondary intention whereas two had to undergo resuturing.

The postoperative pain score was assessed using the WILDA’s pain assessment guide. It was found to be 5 in the case of microscopic myringoplasty when compared with 4 in the case of endoscopic myringoplasty, on day 7. Patients of group I reported a pain scale of 2 at week 3, whereas group II patients reported a scale of 3 pain even after the 3rd week.

However, there was no significant difference in terms of the failure of graft uptake from the two groups.

In this study, we found that graft uptake success rate and hearing improvements of EAM and MAM were comparable, suggesting that EAM for myringoplasty can be a good alternative to MAM. 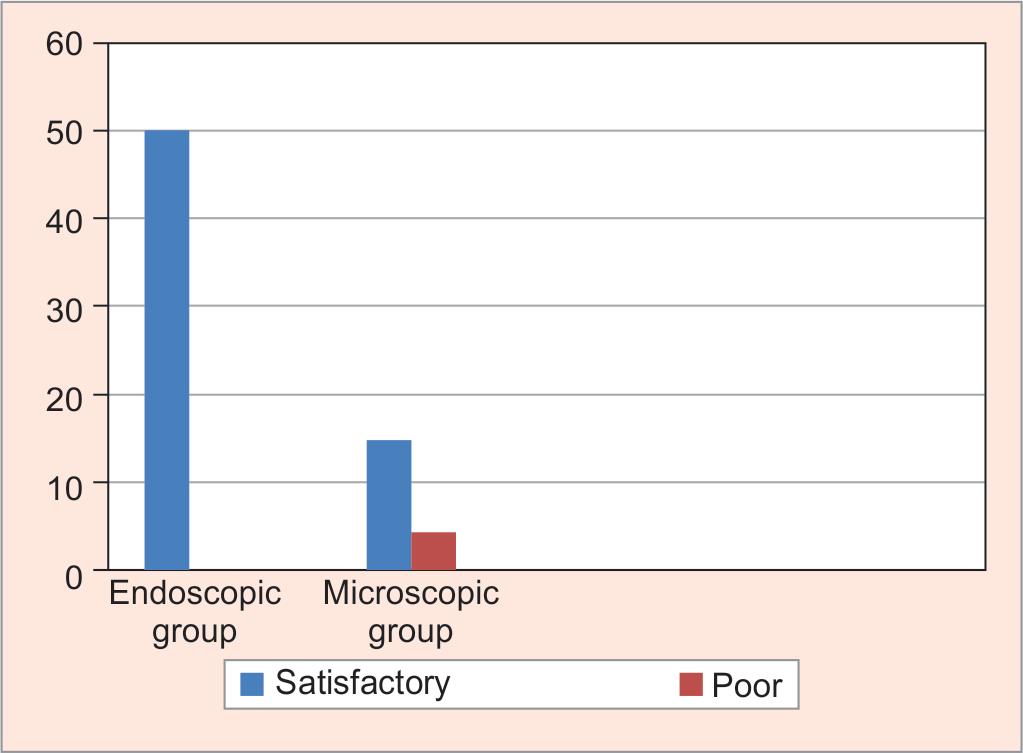 Fig. 3: Comparison of cosmetic outcomes in patients with graft uptake within the two groups

Owing to the panoramic, wide-angle, and magnified views, endoscopic myringoplasty is useful even in challenging cases, such as anterior TM perforation. Also, visualization of other structures such as round window niche, Eustachian tube orifice, incudostapedial joint is easier. The need to frequently adjust the patient’s head or to do canaloplasty is minimized, thereby saving operative time. Two separate studies by Tarabichi 9 and Usami et al. also reported similar results. 10

Also, an endoscope is easily transportable, unlike a microscope. It makes it ideal for use in-ear surgery camps.

However, the transcanal approach using endoscope has some limitations:

Our study involved 50 patients operated upon using the endoscopic technique and 50 patients using the microscopic technique. Also, a simple randomization technique was used while deciding the technique of myringoplasty in the two different groups of our patients. In group I, in two patients, thick mucoid discharge was noted intraoperatively hence was converted to cortical mastoidectomy. This was another limitation of endoscopic surgery that another postaural incision had to be made in case mastoid exploration was required.

The authors conclude that the results of endoscopic myringoplasty in terms of graft take up and hearing outcomes are comparable with that of microscope myringoplasty. Regarding cosmesis, wound healing and postoperative pain, the endoscopic technique had distinctively superior results.

Despite a steep learning curve, the endoscope has the advantage of bringing the surgeon’s eye to the tip of the scope right onto the structure being visualized. The wide angle of the endoscope helps in visualizing the TM in one frame. Also, a magnified image can be achieved by just getting close to the vital structures. Hence, it seems worthwhile exploring this option due to its obvious advantages. However, it has some disadvantages in terms of loss of depth perception and one-handed technique. These can be easily overcome with practice.